Dr. Irwin Azman is a caring, thorough, educated doctor who displays compassion for his patients. He is clearly an expert in his field. We have been lucky enough to receive treatment by both Dr. Irwin Azman and Dr. Tom Azman. They are notably dedicated to their practice, go out of their way to provide outstanding care, and work with a friendly, wonderful staff. I would absolutely recommend their services to anyone looking for eye care. True eye care professionals!

I have been visiting Dr. Azman for dry eye treatment for more than 8 month till now (6 visits almost). I am felling definitely much better compared with my first visit (still in treatment). Dr. Azman tried 3 different types of treatments for me until I started feeling progress. The doctor cares for you and understands any concerns I had whether it was health or financial concerns. For me my health insurance didn’t cover my eye treatment here and the doctor referred me another place covered by my insurance to do high cost treatments and gave me discounts on all of the tests I had here even my last 3 visits were free of charge I did pay nothing! Overall, I am totally satisfied with my experience here and I highly recommend Dr. Azman.

I began seeing Dr. Azman about two years ago due to severe dry eyes. Prior to my first appointment with him, I had gone to several other eye doctors (one locally and one at the Wilmer Eye Institute) and no one could help me – they just wanted to write me a prescription for Restasis (which didn’t help) and send me on my way. At the time, my left eye was tearing excessively which was interfering with my work and affecting my quality of life. Within the first five minutes of seeing Dr. Azman, I knew that he was going to be able to help me. He took the time to talk with me and explain the causes of dry eyes. He also suggested several tests that helped in determining what was causing my dry eyes – something the other doctors I saw weren’t interested in finding out. I left the office after the first appointment feeling more hopeful than I had in a long time. Within a few days of my first visit with Dr. Azman, my left eye was no longer watering! A few weeks later, I noticed that my eyes felt a lot better. If you have dry eyes and have tried everything else, call Dr. Azman. He can help! He specializes in dry eye treatment and it shows. He knows what he is doing and he has a great bedside manner. He even follows up with a phone call after the appointment. In addition, his staff couldn’t be nicer. They are so friendly and helpful and provide excellent customer service.

OMG….where do I begin. First and foremost, Dr. Thomas Azman saved my daughter’s eyesight, not once, but twice! At the age of 6 my daughter’s Rx was dramatically changing every 6 months (unheard of)and she was getting headaches and couldn’t read for more than 15 minutes at a time. No one could figure out what was wrong. One visit to Dr. Azman and we were on our way to healthy eyes!!! All it took was a few quick tests and Dr. Azman had my daughter diagnosed with dry eyes. Life was good for many years until we moved to PA and lost contact with Dr. Azman (never again!) Recently I received a distressed call from my daughter, now age 20, with problems with her eyes. She had crystals forming and pushing through her eyes, infections in her eyes, she couldn’t go out in the sunlight, etc. and FOUR different specialists in PA kept giving her steroids and antibiotics with the explanation of “we don’t know what causes it”…I even told them about her dry eyes and was blatantly told I didn’t know what I was talking about. !!!???!!!
Dr. Azman to the rescue AGAIN! Within two visits my daughters eyes cleared up and well on their way to healing. She’s back to normal with her nose stuck in a book every evening after sitting in front of a computer all day @ work even!
Dr. Azman is simply amazing. He met with us in the late evening hours since we are out of town and even on a HOLIDAY!!! I wish more people could be as caring and giving as Dr. Thomas Azman. We refer him every chance we can! We will never be able to thank you enough.

I am so grateful that I met and was treated by Dr. Azman in his eye Care office in Timonium, MD. His expertise and extensive experience in treating my red eye and dry eye problems are superb. My previous eye doctors didn’t have any clue on how to treat my extensive problems that had plagued me for years. Dr. Azman has state of the art top-notched technologies that no body else has in the Baltimore or Washington, DC region or for that matter in the entire U.S.A. His precise diagnosis was amazing, I have seen my red eye irritations reduced substantially within 3 days in the course of his treatment. Dr. Azman’s personal touch is also unbelievable. He called me 2 days after the initial visit and asked how I was doing. He returns phone calls promptly around the clock. I highly recommend Dr. Azman to all my friends and family members! Thank you so much Dr. Azman!!! 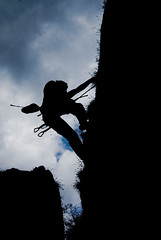 In 1989, I began my quest for a comfortable pair of contact lenses, only to encounter a considerable amount of disappointment, discomfort, and frustration. Some of this was due to being very nearsighted and possessing slight astigmatism, but most of it was caused by eye doctors who claimed they were contact “specialists”. I discovered in 1994 that they weren’t specialists, but were really doctors who only knew the mechanics of fitting contacts. That year, I was able to be fitted with a pair of contacts that were comfortable and provided me with good vision after some relatively short examinations performed by Dr. Irwin Azman.

Right before meeting Dr. Irwin Azman, I went to see a prominent eye care specialty firm because it had been recommended as the best in Maryland in a magazine. Unfortunately, visits there were stressful and unpleasant. At this office, not only did I usually have to wait long periods of time in a crowded waiting room, but I usually had to wait just as long in the examination room for my assigned doctor. Doctors in training would first examine me and I would have to explain my situation during every visit to these novices who wouldn’t even read my history chart. The doctor would then come in, examine me, and perform dozens of calculations while I sat there and watched. With this kind of treatment, my visits became increasingly more stressful because I couldn’t even get fitted with a comfortable pair of contacts. The doctors there prescribed me soft toric lenses time after time. I found the soft toric lenses to be uncomfortably thick; it felt as though they rubbed harshly against my eyes. Vision was unsatisfactory too; it was blurry and seemed to change every time I would blink my eyes. People would say they could see the contacts moving around my eyes. The doctors started becoming frustrated themselves. One finally said he could do absolutely nothing about the rotation of the soft toric lenses and recommended I go back to semi-hard gas permeable lenses. That’s exactly what I didn’t want. That’s why I went to this office in the first place – to get fitted with soft contacts! I had worn gas perms at one time and my eyes were constantly red. That same doctor finally told me in a direct manner that he would rather I just went somewhere else. Since I had had enough, I later agreed and accepted the refund they gave me. At that time, I began looking for someone who really knew what he was doing in this area and found Dr. Irwin Azman in the telephone book. I called Dr. Irwin Azman and to my surprise, Dr. Irwin Azman listened very intently to my situation. He seemed to understand it quite well and seemed very confident that it could be fixed. I scheduled an , appointment, and from that point on, I began to have some luck in my quest for a decent pair of contacts.

My first exam at Dr. Irwin Azman’s turned out to be the easiest one I had ever experienced. A thorough eye exam was performed, and I was very much delighted when I didn’t have to have my eyes dilated. Dr. Irwin Azman’s high-tech equipment made dilation unnecessary: I wouldn’t have trouble driving home afterwards.  Dr. Irwin Azman then assessed my situation and explained all the options. He prescribed a pair of contacts with what seemed minimal effort. I didn’t have to witness him performing an extensive number of calculations. Finally, it was a great feeling to get a pair of contacts which were fine-tuned with only two or three visits. Unlike the soft tone, these were a comfortable pair of lenses which gave me good vision. In addition, Dr. Irwin Azman gave me recommendations about cleaning and using solutions on my lenses; after this, there was no more stinging from lenses improperly cleaned the previous night. Dr. Irwin Azman seems to be the real eye care “specialist” because he knows the latest in contact lens technology. On my first visit alone, I learned more about contacts than I had the four years before meeting Dr. Irwin Azman. He had shown me the newest inventions in contact lenses. Nowadays, I’m doing just great with my contacts and continue to make my yearly visits to Dr. Irwin Azman. I have had such good luck with Dr. Irwin Azman that I’m afraid to go elsewhere for my contact lens care! 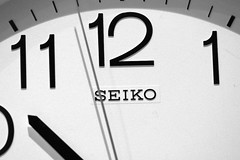 I am very appreciative of the thorough and thoughtful treatment I receive in your office. Your staff is caring and courteous. You are always available to answer and check any eye problems even after hours.

I am grateful that Mr. G. referred me to Azman Eye Care. Thank you for your excellent care.
Sincerely,
Betty W.
Monkton, Maryland
Patient since 2002

When I came to Azman Eye Care Specialists, I was unable to wear my contact lenses any longer. My vision was poor, and the contacts were constantly becoming either clouded or dirty.

Due to Dr. Azman’s expert care and attention, my problems were diagnosed. After completing several different types of tests, and after trying various contact lenses, I was fitted with a comfortable pair of lenses that I could see quite well with.

Your expertise and your attention to detail were most helpful in the process of solving my contact lens and vision problem. In addition, your staff was always gracious and helpful.

As a result, I have since recommended all of my family members to Azman Eye Care Specialists. Thank you again for all of your help.