I would like to thank you for all of your help, support, and the individualized
attention you gave me through the entire colormax process. I’m sorry this letter has
taken so long to reach you, but I hope it finds you well. As you may recall, I came in
for an appointment in June of 2014 – I was applying for a pilot slot with the
Delaware Air National Guard, and through you, I saw a light in a dark in a dark
tunnel. 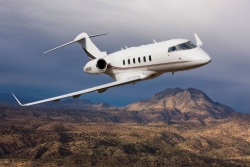 Being a professional pilot has begun to worry me lately, as up until recently, I never knew that I had some issues with color vision testing; it was during
the initial testing phase for a Navigator position with the United States Air Force, I  learned that I had difficulties passing the red portion of the color vision test. I failed the test, and lost my slot… no words other than devastation and sorrow can describe how I felt: ‘Am I destined to lose my civilian pilot’s medical too? Will I have
problems with this in the future? I’m already a pilot now, I have no problems seeing
in color, it’s just those stupid tests… I’ve worked so hard to be where I am today, do
I have to give everything up now?’ These words continued to echo over and over in
my mind. But I was determined – determined to succeed somehow.

Fate must have heard my turmoil, because I was given a second chance with
the Delaware Air National Guard; I was told “if you can pass the color vision test,
we’ll interview you for a potential pilot slot.” This was a new opportunity that I never
thought was never possible, but how? How could I pass a test I knew I had no
chance at? I wouldn’t take no for an answer. After a brief google search, I found two
promising possibilities: 1, that colorblindness was cured in mice (and male pattern
baldness for that matter… another good prospect for me), and 2, there was a color
correction system by a doctor in the Baltimore area. ‘This is it,’ I thought, ‘my
second chance!’

Unfortunately, this is where my skepticism took hold. ‘How can he
guarantee a 100% pass rate? How can someone have figured out a way to counter
color vision deficiencies? Is this just another get your money type gimmick like
those men’s hair restoration products?’ These thoughts rang through my head as I
tried to contemplate the possibility of my dreams being fulfilled without deception.
To anyone questioning the validity and sincerity of Dr. Azman, I am here to tell you
to question no more:

From the first point I signed up to find out more about the color vision
correction system, I was truly humbled to see how much Dr. Azman
and his team cared. I scheduled a phone call to discuss the nature of
the system, and was contacted soon thereafter by his son: I
appreciated the fact that I didn’t feel pressured or overwhelmed at
any time, rather the conversation was very relaxed and informal with
no obligations. Every question I had was answered, with no dodging or
judgment. As a follow up to the initial talk, Dr. Azman himself called me
and left his personal cell phone number to contact him at anytime. One
would think that in today’s society, someone as seemingly important
as Dr. Azman wouldn’t have time, let alone even care, to distribute his
personal phone number to someone who’d only expressed an interest;
but here, I plainly saw that Dr. Azman only wanted to help (as a
testament to his sincerely kind nature). Dr. Azman and his team
worked diligently to find an appointment that would fit my schedule.
He kept in constant contact with me throughout the entire process,
and even picked me up from the train station. No wonder people come
to visit him from all over the world.

As for the color vision correction system, how do I say it any other way:
it is the real deal! Dr. Azman spent a large part of the day doing tests
to ensure I was given the proper contact match. Upon trying on my
new color correction contacts for the first time, I was blown away by
the changes I saw. A lot of things were subtle, yet extraordinary: blues
and purples became richer, reds became brighter, and greens became
textured. This new world I was exposed to showed me serene beauty…
I was awestruck! The contacts amazingly had the correct color
spectrum to allow me to see what I was missing, yet didn’t interfere
with my ability to see other colors. Although the contacts initially
made everything slightly darker in tint, I soon discovered that like with
sunglasses on, my eyes adapted quickly. I couldn’t stop smiling, the
technology Dr. Azman had created was so amazing! All I could think
was ‘this color correction system is revolutionary, seeing this beautiful
world in a new way is like seeing art for the first time. Dr. Azman has
pioneered the frontier that is color vision.’ I left that day with my new
contacts and an overwhelming sense of joy, coupled with hope for
what the future now held. Thanks to Dr. Azman, I felt unstoppable.

When it came time for the real test that I’d failed the first time, I had a
newfound confidence escorting me the whole way… and with it, I seized my dreams
and passed! I was given my pilot slot interview and a renewed hope for the future.
Although in the end, I was awarded an alternate position (to which i wasn’t called
up), I was invited to both apply again for the pilot slot and for a navigator position
as well. Because of the nature of the hiring board, I was up against some fierce
competition, but it was comforting to know that my color vision wouldn’t be a factor
in their interview. I finally felt like the playing field had been leveled.